Colombia : Re-united With Our Vehicles ! 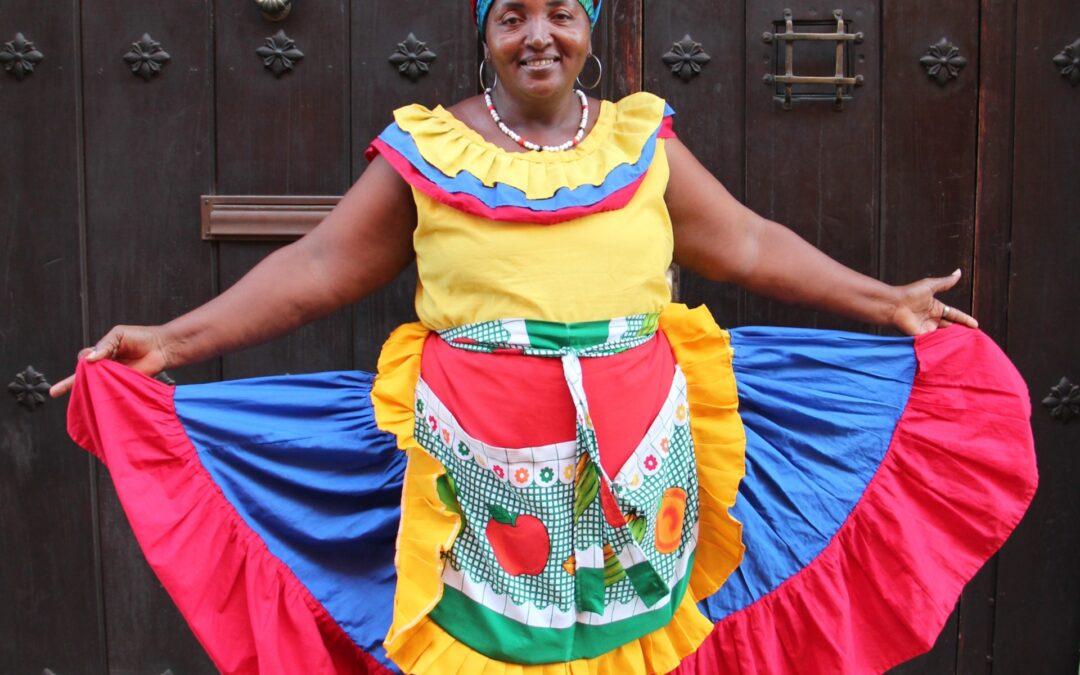 Cartagena continued to delight us while we waited both for our shipping buddy, Cassey – who sailed from Panama to Colombia on a yacht- and of course the container that held our vehicles. In the days while waiting for the unloading of the ship there was time to explore Castillo San Felipe ( one of the more impressive Spanish forts we have seen in the Americas ), to sample Colombia’s legendary Carribean beaches ( Isla Baru in our case ) and simply wander the old town fortifications and myriad streets and alleys inside it. Added to the great sights was the great weather; while Panama delivered rain on at least part of every day, Cartagena was sunny, hot and dry every day we spent there. It’s the kind of city where people often stay longer than expected; as it transpired we would fall into that category – and quite happily so.

While we were enjoying Cartagena, Cassey was making her way across the Carribean on the sailing yacht “Amande”. The highlight of that trip and the reason many overlanders choose to sail, rather than fly, to Colombia is the San Blas islands. We had heard lots about them – Cassey’s pictures below ( these are not ours ) will give a taste of what the San Blas islands offer for any of our readers that may be contemplating a visit. Carl, Renee, Victor – you might want to consider it !

The Stella Walvis Bay sailed into Cartagena port ( with some precious – to us – cargo on board ) exactly as scheduled at about mid day Saturday. The plan was to hit the shipping terminal by early Monday afternoon as Cassey’s yacht was scheduled in by late morning (we could do nothing over the weekend of course ). That would allow us get all the import clearances, fee payment, vehicle unloading done and out by Tuesday afternoon. Well, not everything went exactly to plan. A container ship under power can pretty accurately predict its ETA – not so a yacht reliant on winds ! Due to poor wind conditions the yacht was delayed almost a day so we were set back a day as a result. That said, Cartagena is a nice place to be stuck and we occupied our time easily with the aforementioned activities and sights.

Once Cassey arrived we got down to the retrieval process. It is indeed quite a “process” but our shipping agent provided a detailed and accurate step by step guide and we managed it ourselves over the course of Tuesday and Wednesday. Naturally, the most exciting part was opening the container – I’d admit to some fear and trepidation ( it’s not uncommon for vehicles to move around in a container and with just inches between the camper and solid steel container walls, I was bracing for the worst). Such fears were unwarranted – the container doors were opened and both our vehicle and Cassey’s Westfalia were exactly as we had left them in Colon, Panama. We breathed a collective sigh of relief.

Much running around remained after the initial inspection, including getting a temporary vehicle import permit for Colombia but that all went as expected. Cutting a long story short, by 3pm on Wednesday afternoon we were both driving our vehicles out of Cartagena port and were very pleased with ourselves. Our shared 40ft hi cube container had cost us significantly less than half what a RoRo crossing would have – and gave us the peace of mind of total vehicle security from start to finish. To the handful of Overlanders who we know read our blog – folks, if you can swing a shared container, and make the dates work it’s definitely the way to go.

Sadly, while Lois and I and Cassey had successfully completed the shipping process and essentially travelled together for almost 2 weeks, now our paths would diverge. Cassey of course had more exploring to do in Cartagena while Lois and I, with a week there already under our belts, were anxious to head south towards Bogotá. We bade our farewells but know our paths will likely cross again.

Considering we are scheduled to fly back to Canada on December 6 ( for a month at home with our family – which we are very excited about ), our final week here would need to be carefully planned out. With Bogotá almost 3 days drive south and planned stops in Medellin and the colonial town of Villa de Leyva ( where we would store the vehicle ) on the way, further exploring of Colombia will need to wait until our return in January – at which point we should have lots of time !