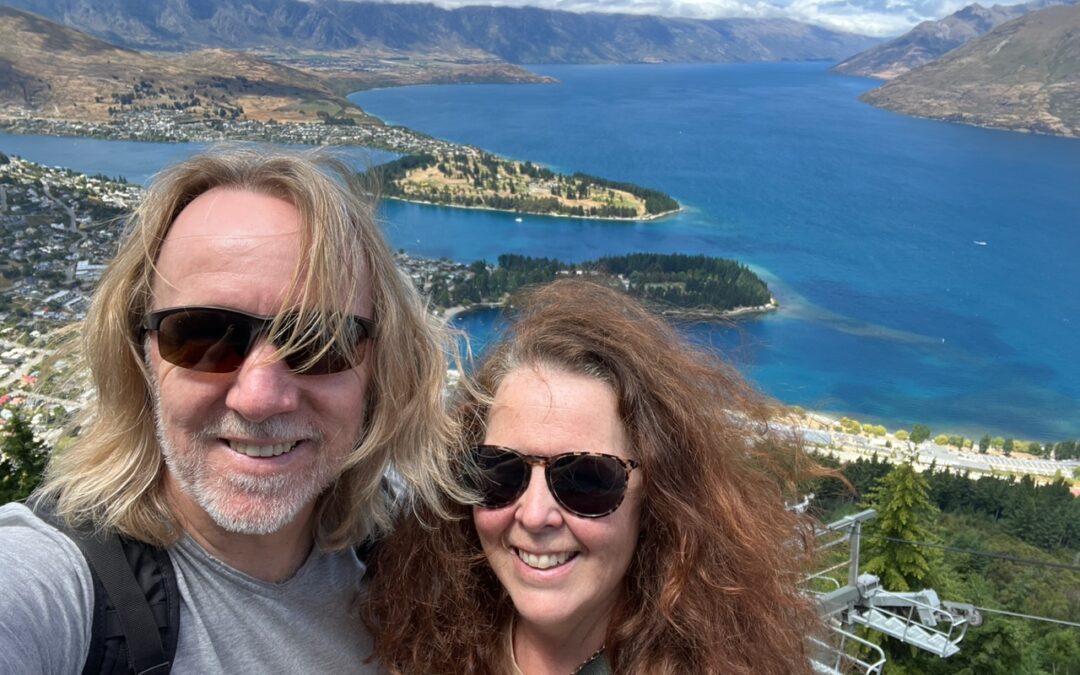 Some readers may have noticed an error message that popped up when they tried to make a comment on last week’s blog. Chris, one of our regular readers, picked it up early Saturday morning and let me know so we could investigate. The message, in case you saw it, looked like this:

It seems the site had simply gotten a little out of date ( apparently these things happen over time ). A quick call to our WordPress consultant, Michael had it resolved fairly quickly. If you ever want to comment, and can’t, just send us an email at 1endlessroad@gmail.com to let us know ( since I never make comments it’s hard to know when the “Comment” functionality fails ). Thanks again Chris, and thanks to Michael for the quick solution.

Hard to believe but by the time you read this we’ll be well into 2023. Not sure what your New Year resolutions were but ours ( truth be told, they are more “wishes” than resolutions ) included the world getting back to some semblance of normality – Covid not being the big story, the war in Ukraine coming to an end and travel in general becoming easier and safer for all. We have many more wishes of course, but those are the ones relevant to a travel blog ! Lois and I considered ourselves fortunate to be able to spend the entire holiday season with close family and friends ( is there anything better than that ? ) and enjoyed a true “White Christmas” this year – we usually have snow on the ground here ( which makes for a pretty scene ) but it’s just that little bit more authentic when it’s actually falling on Christmas Day as well ( and we had a little bit of that ). A real bonus this year was to spend a couple of days with Lois’s brother and his wife at their beautiful chalet on Silver Star mountain – it couldn’t have been nicer ! During this time we also did a little “ship watching” as the Talisman made its way to Panama and then on through the canal before sailing out into the Pacific.

As New Year approached our own sights were set on taking off again “Down Under” – repacking for what we hope (and expect) will be some extended warm weather and planning how we’ll spend the time between getting there and then later in the month, getting back in our van. With almost a full month in between those two dates it made sense to take a little detour and with Air Canada having recently started a direct flight from Vancouver to Auckland, a pit stop in New Zealand seemed like a logical idea. We’d both been to New Zealand a couple of times before but had missed out on some of its lesser known attractions and decided with a couple of weeks at our disposal we might just be able to see them this time around.

Given the variable weather conditions at this time of year ( and heavily booked flights ) we opted to drive to Vancouver rather than fly. The trip down was uneventful and as scenic as the white stuff can be, hopefully this will be the last we see of it for some time !

New Zealand is a lengthy 13+ hour flight from Vancouver. That’s a tough stretch anytime but after 4 hours on the road to get there, then 6 hours waiting at the airport we were ready to just collapse in our seats once on board. Had a couple of remaining airport lounge passes that made the airport stay bearable !

The feasibility of taking our own van off the Talisman in Auckland ( it stops there en route to Melbourne ) and spending a month or two traveling with it in New Zealand was considered – we would, in fact, have been thrilled to be able to do that, however the idea was quickly nixed for a number of reasons:

Fortunately, an appealing substitute existed and when it was determined that the dates lined up nicely for us we decided to jump on it. Now this “solution” would not work for anyone on a fixed schedule ( we aren’t ), or for anyone that hadn’t already seen New Zealand to some extent at least ( we had ), nor for anyone that can’t live with some restrictions ( we can ) but when you can tick all those boxes and your travel dates DO match vehicle availability, the “Imoova” van relocation option can provide incredible flexibility and value to travellers who want to get around the country and take their accommodation with them. Check out the details at www.imoova.com. We have used this service before ( many years ago ) in Australia so know the drill pretty well. Long story short, we managed to get a 4 berth Sprinter van from Queenstown to Christchurch, followed by a rest day in Christchurch then another (6 berth Sprinter) van from Christchurch to Auckland. The good folks at Imoova even cover the cost of the Cook Straight ferry between the South and North Island. What’s not to like ?

A short 90 minute flight got us from Auckland to beautiful Queenstown, where we picked up our first van. Stay tuned next week for our adventures around the southern South Island !