The Long Haul to Mendoza 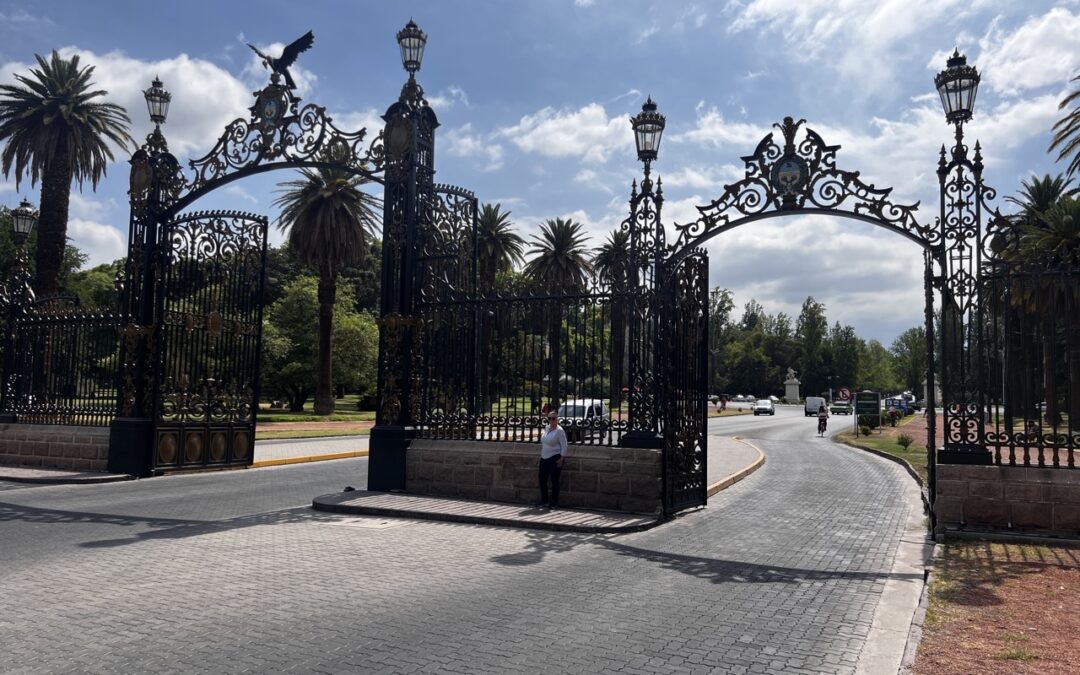 Leaving a very beautiful part of the country ( the Lakes District ) for some, well, “less beautiful” parts was not something we looked forward to but such is the geography of Argentina. Given we were very broadly following Route 40 up the western spine of the country, the next area of significant appeal would be the wine country around Mendoza but that meant 3 long days of driving on either of two possible routes. Mendoza and the wine region we were really looking forward to, the bits in the middle – not so much !

Having more or less been on Route 40 all the way north so far we were open to a diversion – that, plus the fact that we’d been advised by a couple of Argentines that a good portion of its next 1200 or so kms were in very rough shape, unsealed, and with bad corrugations. Decision made – we’d divert to the more easterly route, through Zapala, Neuquen and on up Route 151 and then 143 entering Mendoza from the east, rather than the south on Route 40. Sacrificing slightly better scenery ( RN 40 ) for much better roads ( RN 151 ) was probably the right move – the very same Argentines assured us the best of Route 40 was in any case much further north. A bit overwhelming to think of all the travel we had done so far in Argentina ( and all in one direction )  yet we were still nowhere close to what they consider the “north” !

Two things became immediately apparent as we plowed through the next few days on the road – firstly, formal campgrounds are scarce in the area and secondly, it seemed like half of Argentina was on the roads heading south for their holidays. A lot of traffic but generally going the opposite direction to us ( one benefit of entering the country at the bottom I suppose ). For the most part the roads were pretty flat and the landscape pretty uninspiring and unchanging.

Entering Mendoza from the east generally offers the advantage of seeing it against the backdrop of snow-capped Andes mountains but some low cloud and the fact that most of the snow had melted made it a bit less dramatic as we arrived. This self-proclaimed “wine capital of Argentina” is a low-rise, very cosmopolitan and attractively tree-lined city of almost 2 million people. Apart from some beautiful parks, and an excellent historical museum there’s actually not so much to see in the city – it’s major attractions lie nearby; the numerous vineyards, mountains, a great ski hill and ( apparently ) the only “Sahara-like” desert in South America. The wineries were a key draw for us, too, but we decided we’d save that for next week. Meanwhile, we spent a few of days in the city, exploring its sights, walking it’s leafy streets ( seems every  street is tree lined – right to the heart of the city ) and enjoying its numerous restaurants and cafes. One of those places people just like to hang out it seems and we have to admit getting pulled right into that ! Like many of the bigger cities in Argentina it has a classy “old European” ambience- no surprise given where many of the Argentines in this area originally came from.