San Francisco and Beyond – Last Week in The USA 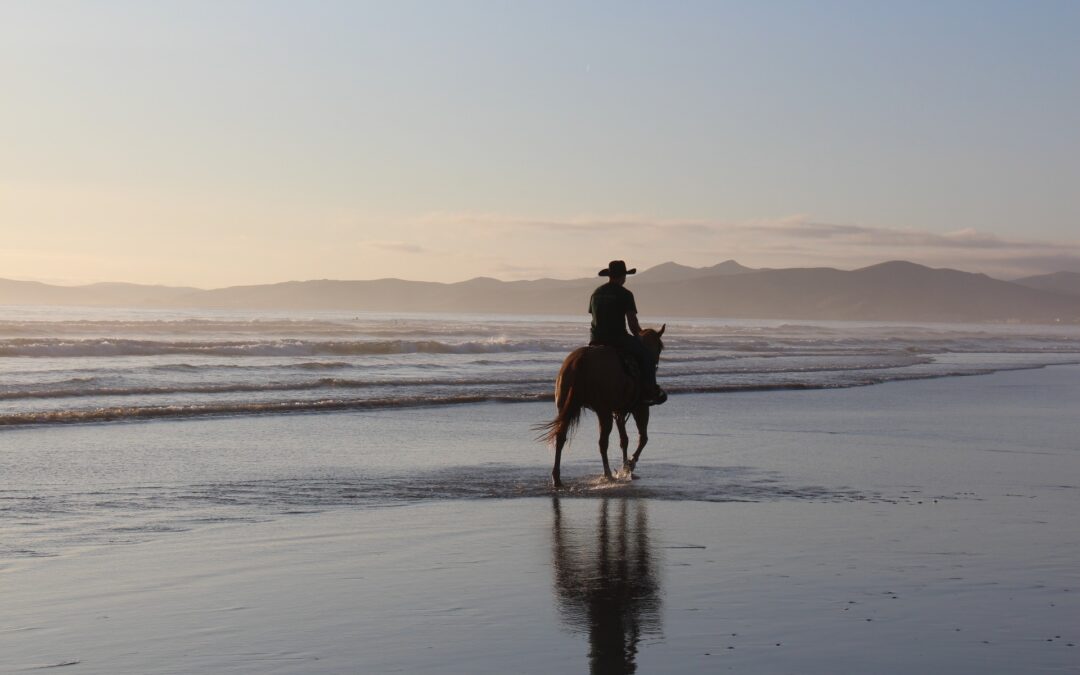 Last post had us arriving in San Francisco, or rather Sausalito to be more precise. Sausalito is a cosmopolitan little community known for its vibrant art scene and great restaurants, just over the Golden Gate Bridge.  Popular with “yachties” ( because of the marina ) and day tripping tourists from San Francisco, the ferry ride between the two gives great views of the Golden Gate Bridge, Alcatraz island and the city itself of course. Staying in Sausalito kills many birds with one stone as it were. Finding a campground in or near San Francisco is a real challenge – but our handy little iOverlander app alerted us to a great, somewhat legal, ‘stealth’ spot right by the marina in Sausalito . Accommodation issue solved !

Famous for its generally cooler, often changeable and invariably foggy weather, San Francisco delivered all those elements for us during our stay. Great views of the Golden Gate from the ferry ride across San Francisco Bay and close up views of Alcatraz as well. During the two days we were there, we explored many of the popular sites – Fisherman’s Wharf, Ghiradelli Square, Union Square, Chinatown, waited ages for, then rode ( ever so briefly ) a cable car and walked up and down some of its famously steep streets. And they are steep ! As expected, it was incredibly full of tourists and long waits were common. The ferry ride back to Sausalito provided a taste of the thick San Francisco fog giving Alcatraz an eerie silhouette and almost completely enveloping it’s famous golden bridge….the contrast is visible in some images below. A totally unexpected bonus was a ‘Friday in the Park’ concert in full swing as we arrived back in Sausalito – which we happily participated in before heading out to dinner.

As we left we took in some scenic close up bridge views from the north side, all the while battling fierce winds before crossing it in our vehicle. I cast my mind back to what it must have been like in 1943 when my dad sailed under it in a troop ship from Australia en route to Europe during the Second World War – it had only been completed 7 years earlier.

The route south out of San Francisco took us through Golden Gate Park, The Presidio and some of the suburbs and beach communities in the south. For a big city, it was refreshingly easy to get out of. Continuing our plan to stay off the interstates took us along the much more scenic but ( at times ) tortuously slow and ( often ) windy routes 1 and 101 more or less continuously to the Mexican border. Slower yes. Worth it ? Absolutely ! Lots of pit stops to sight-see along the way, we spent a full week ambling south ending up in San Diego. The idea was to try to and keep our days generally to 200 miles or less giving plenty of time to explore and soak up some of the coast’s spectacular views and to visit its charmingly  enchanting smaller  communities. Our run of luck with great campgrounds continued ( we never booked anything in advance ) and we were able to get into some great California State Parks in Santa Cruz, and Morro Bay ( the latter, right on the ocean, was a definite favourite ). Santa Barbara was the exception to that rule where the only suitable campground we could find turned out to be wedged between the 101 and an Amtrak line; deafening and not a mistake we’ll make again. Why so many are located close to busy freeways always amazes me.

Carmel By The Sea, already famous, was made more so after Clint Eastwood spent some time there as mayor ( and was probably the highlight among the towns we stopped at ). The whole coast from Pebble Beach to San Luis Obispo is highlighted in yellow on maps ( indicating a scenic drive ) and it offered some stunning vistas especially between Carmel and Big Sur. White knuckle stuff at times, but beautiful ! Santa Barbara ( just north of LA ) was another great spot, and probably the last relaxing part of the coastal drive because it gets heavily populated and consequently very congested  after that – traffic in LA was, and generally is, a nightmare ! We were delayed by a major accident so deferred some planned shopping until further south in San Diego – as we’d both been to LA several times before, this time the strategy was simply to safely navigate out.

As our week wound down time was spent in the San Diego area prepping for crossing to Mexico – travelling with a vehicle and for an extended period, there was a significant amount of administrative preparation needed and some vehicle servicing required as well as stocking up with essentials that, history had taught us, could be tough to find south of the border. Like a good Boy Scout, one should always ‘be prepared’ ! One such task involved making multiple copies of all our documents, reviewing vehicle importation guidelines and, most importantly, arranging Mexican auto insurance. We had been well versed on this by others and on comments we’d read in iOverlander. We knew that our Canadian insurance was invalid there ( so had to cancel that once we had crossed ) and also knew that it was most advantageous to buy a 6 month policy ( even though we did not see ourselves being in Mexico anywhere near that long ). We were reminded by the company we bought it from of what to do in the event of an accident and of Mexico’s adherence to the ‘Napoleonic code’ ( essentially, in an accident, one is guilty until proven innocent ☹️ ) unlike the English common law on which our system is based ( thankfully, innocent until proven guilty  ). Let’s just hope we don’t have any occasion to need it !

At our final night in the US, in the tiny community of Potrero, just beside Tecate ( our border crossing ) we enjoyed a few beers at our campground with a young New Zealand couple on the same broad route south as us. I expect, and hope, our paths cross again in future on the long road commonly known as the “Gringo Trail” !