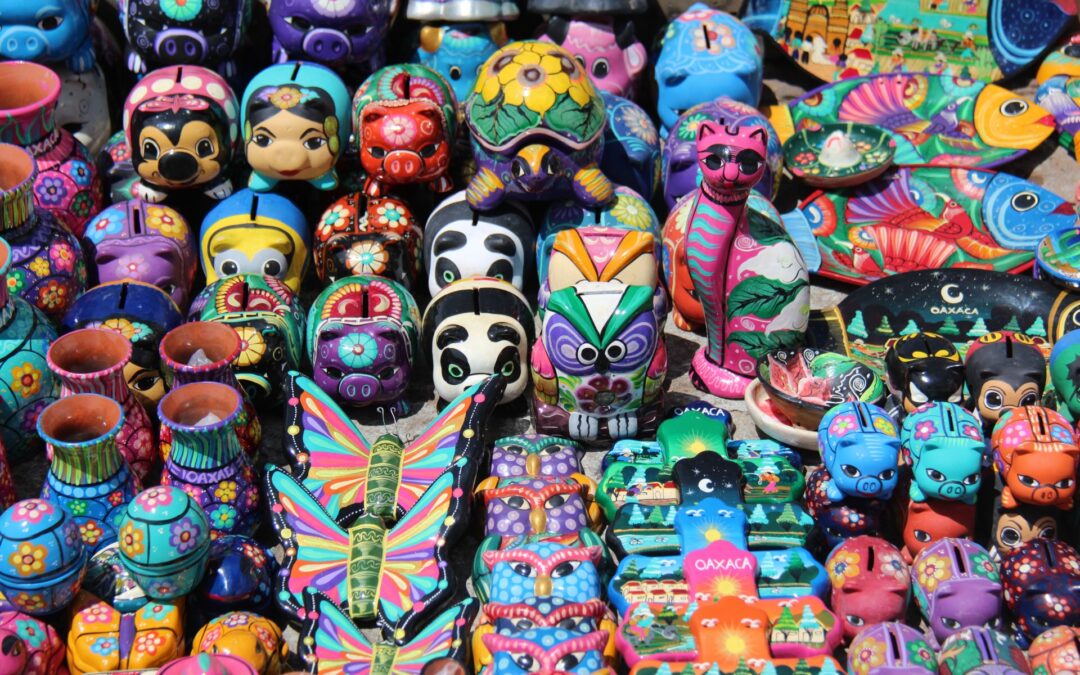 More often than not by the time we leave the place we are at we are pretty pumped about the next place we are going to – not so this past week. We’d already extended our planed stay in delightful San Miguel de Allende and in truth we could have stayed even longer – it was just that kind of place. Not that we weren’t looking forward to Mexico City, but we had both been there before a couple of times, the weather forecast was not great, and we were really only looking to see and do a few things we had missed on previous visits; neither of us was rushing to get there in any case.

As it turned out, “CDMX” ( as Mexico City is affectionately known locally ) had some surprises in store for us, both good and bad. Firstly, our erstwhile fabulous weather did take a brief turn for the worse ( we had been so spoilt ! ). The drive in from SMA was a bit wet and most of our first day there visiting the Pyramids of Teotihuacan was likewise drizzly. It got worse – our second day ( a Monday ) was set aside for a walk through the massive Chapultepec park, its castle and a couple of the “must see” museums CDMX is known for. Turns out they were all closed all day Monday ! Apparently it’s common in Mexico- we just had not been caught out before. Now, a museum being closed one day a week we could see ( although most are open 7 days a week elsewhere ) – but a park ? I mean, imagine Stanley Park in Vancouver, Hyde Park in London/Sydney or Central Park in New York, ever………closed ? But hey, we often remind ourselves about “TIM” – “This Is Mexico”. Some things are just significantly different here ( but in fairness, both good and bad ). So we accepted the museum situation but I just could not believe a park could close – ever ! We were already downtown, and despite being advised ( twice – by the tourist information office no less ) that yes, in fact, the whole park was closed today, I just had to see for myself. So off we toodled on Mexico City’s excellent and very easy to navigate subway to Chapultepec station. “They had to be wrong Lois”, I said, “it must just be the castle at Chapultepec that is closed. It could not possibly be the whole park ?”. Well, as we emerged from the subway, there it was, staring right at us – a huge black gate blocking access. Our incredulous looks drew no sympathy from two cops standing nearby – “Lunes, senor” he said ( “Monday” ) – as if that alone explained everything. In Mexico apparently it does !

Things fortunately did get much better. In lieu of a visit to the main park and museums we filled our “Lunes” just exploring downtown Mexico City, walked other parks, and shopped the day away quite happily – the early dreary weather even improved as the day wore on.

Our visit to the Teotihuacan pyramids the day before had also delivered a wonderful and unexpected bonus. Not only was the site impressive in its own right and one of Mexico’s most visited archeological attractions, our visit day happened to coincide with an annual event where a large troupe of locals perform ritual dances dressed in full regalia – quite the sight as the images below attest; we would not have missed it for the world ! There’ll be ( many ) more museums and more parks but the colorful Teotihuacan dancers we’d likely never see again. We could leave CDMX quite content.

Oaxaca ( pronounced “wa ha ca” ), would take us well into the south of Mexico. A 5 hour drive crossing mountain passes at over 7,500 feet this regional capital was our next point of interest. A very popular stop on the overland trail, known both for it’s historic “Centro” and colourful indigenous arts and crafts scene, many travellers stay longer than anticipated.

Many Mexican cities boast historic ruins and Oaxaca is no exception – the valley is littered with them. Monte Alban, probably it’s most famous (and another UNESCO world heritage site ) is pre-Hispanic and was continuously occupied for over 13 centuries between 500 B.C. and 850 A.D. A fascinating place to simply wander around and stare in awe at what was built with such precision and yet such ( relatively ) primitive technology so very long ago.

Oaxaca’s great climate ( we were still up high ), awesome restaurants and  classic cobblestone streets kept us exploring for a few more days. Technically, we were not staying in Oaxaca but in the small town of El Tule, just to the east. While small, El Tule itself did have one big attraction – El Arbor Del Tule ( Tree of Tule ). A Montezuma cypress, it has the stoutest trunk of any tree in the world. We’d seen some massive Redwoods in Oregon but we can confirm we have never a tree with quite as stout a trunk as this one !

Another attraction ( for us anyway ) was “Overlander Oasis”. A very friendly campground run by a couple of ex-pat Canadians, Leanne and Calvin have built quite a reputation as THE place to stop on the way south.  The truck and camper were in need of some minor repairs necessitating tools I did not have and Calvin has a reputation as a man who can fix ( and build ! ) anything – so we made good use of the opportunity. Sharing the place with us were Mark, a charming Brit who’d spent 28 years in Mexico and was passing through Oaxaca; Matt and Alex, a young Swiss couple headed to South America in a camperized 70 series Toyota 4×4, and John and Kayoko, fellow British Colombians in a fitted out Toyota RAV 4, also headed to South America. Needless to say some great sharing was done and a fantastic burger night put on by Calvin and Leanne was enjoyed by all. One little surprise we did not expect was a mild earthquake on our first night ( 5 point something on the Richter scale ). Apparently they are very common down in these parts – still, quite an eery experience to the uninitiated.

With the truck odometer quickly approaching 72,000kms ( 10,000 of that since leaving Kelowna to come south), a full service was due and fortunately Oaxaca had a helpful GMC dealer who took care of the requisite oil and filter changes, various inspections and tire rotations – thrown in was the most thorough truck wash we have ever seen – and a complete camper wash as well ! Add to that 4 freshly polished tires and we drove off the Oaxaca GMC looking pretty sharp !

History, however, tells us that the vehicle does not stay clean very long on the road and the week ahead would likely be no exception. With all road options to the south east having had washouts due to heavy recent rains, our expectation is for some mud in the forecast – more on that next week !